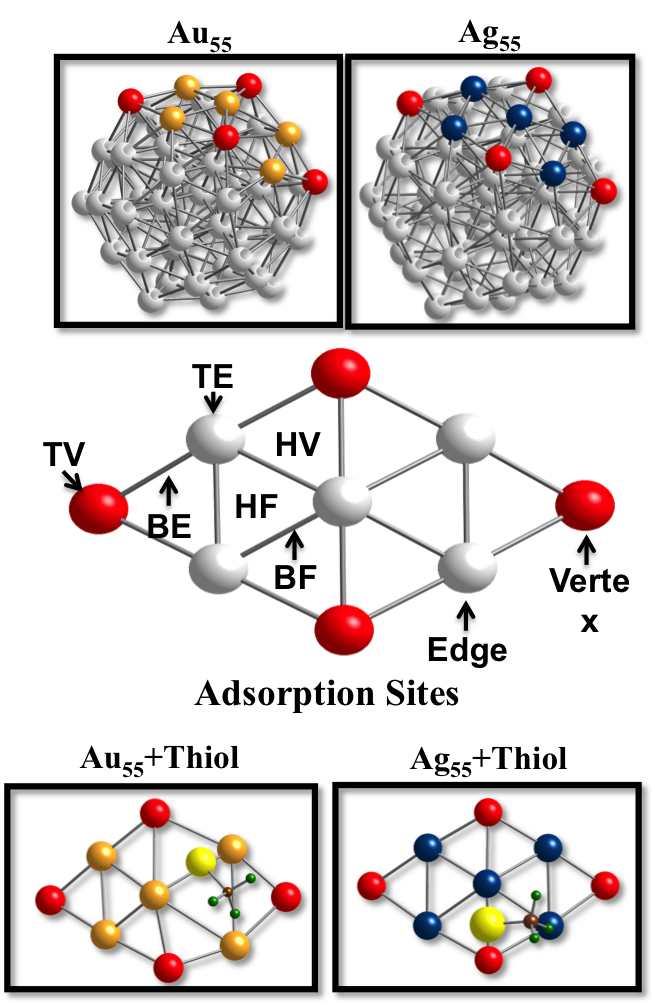 Functionalization of Au and Ag nanoparticles with thiol molecules has been a topic of high interest, due to their peculiar and unique properties of their organic-metal interfaces. Thiols are well-known ligand molecules because they are able to form a self-assembled monolayer on the metal nanoparticle surface through a strong metal-sulfur covalent bond. Therefore the control of the adsorption and the appearance of structural changes on ligand passivated gold or silver nanoparticles are of primary importance.       Initial Goal: To perform ab initio density functional theory with the SIESTA code to determine the most stable adsorption sites, and specify the most favorable adsorption modes for the methyl-thiol molecule on an icosahedral Au55 and Ag55 clusters.       In collaboration with our colleagues from Northwestern, we recently found that the favorable absorbed sites for the thiol molecule were on Bridge sites for both Au55 and Ag55 clusters. We found a slightly variation on the atomic Au55 arrangement that could affect the electronic and magnetic properties. We are extending this approach to the case in which the cluster is capped with two and more molecules.