Outcome: We have developed a novel method for the synthesis of graphene quantum dots (GQDs) by using two amino acids, which are non-toxic natural materials containing nitrogen groups for easy surface modification. The synthesis process was easy, efficient and no toxic chemicals were involved. The obtained GQDs had a size of 3.26± 1.30 nm and lattice spacing of 0.286 nm.

Impact: These GQDs emitted strong blue fluorescence, demonstrated high photostability and showed tunable emission wavelength by changing the excitation wavelength, which have great potentials in biomedical imaging, designs of biosensors, and etc. Moreover, they had good solubility not only in water, but also in many organic solvents, which may future broaden their applicability. Dissolved in different solvents did not affect their fluorescence emission ability.

Explanation: The study of the mechanism of fluorescence property is currently in progress. It could be related to quantum confinement effect or the defective state emission. 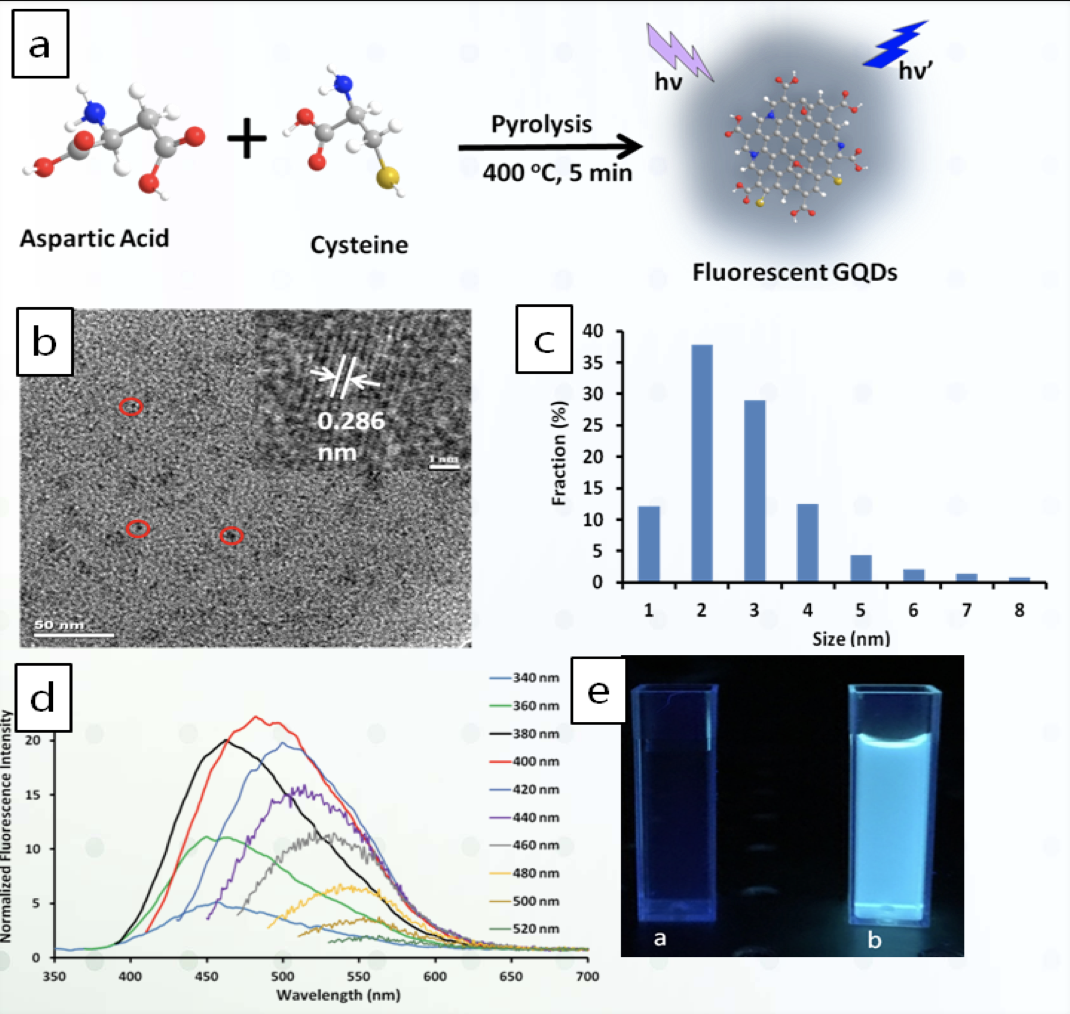