The achievements of the University of Puerto Rico-Mayagüez PREM were highlighted in the January 25th, 2007 issue of El Nuevo Día (END). This is the largest Puerto Rican newspaper (est. circulation 250,000) and one of the largest Hispanic dailies in the US. The article titled "Fascinated by the Future Made Present" was also incorporated in END's online version with enhanced photographs and a slide show. The body of the text (in Spanish) underscores the broader impact of the project in local public schools, students and teachers. While most of the college students interviewed are first-generation ones, the high school ones are either participating in scientific fairs or in the Materials Science & Engineering clubs established under PREM's umbrella. 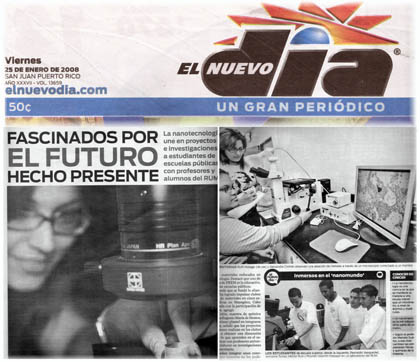 The article also has an educational value as it relates how nanotechnology is available to everyone willing to take on the challenge of pursuing higher education to join the nanoscience workforce. There was also an ancillary note titled Revolution in Small Containers with further details. 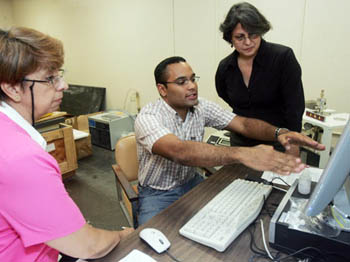